Muddy Water was one of the founding wineries in Waipara, New Zealand, and an organic pioneer on the South Island. Planted in 2003 on the clay slopes of the Omihi hills with ungrafted vines, the name Muddy Water comes from the traditional Maori name, Wai (water) and Para (muddy), referring to the rich clay soils in the area. Muddy Water's seven hectares of vines form the oldest certified organic vineyard in the region and they make all their wines in a straw bale winery on site. All the grapes are harvested by hand, wild fermented and bottled without fining on site. Muddy Water was the first certified organic winery in Canterbury, and all their wines are certified Asure Quality organic. As many New Zealand wines become more commercialised,they aim in the other direction, making small batch wines with soul. They believe true fine wines are temporal, each vintage a fleeting snapshot of a place in time. They don't seek to manipulate the final product with additives or flavourings, instead they allow a true interpretation of the soil, vines and the season to shine through. 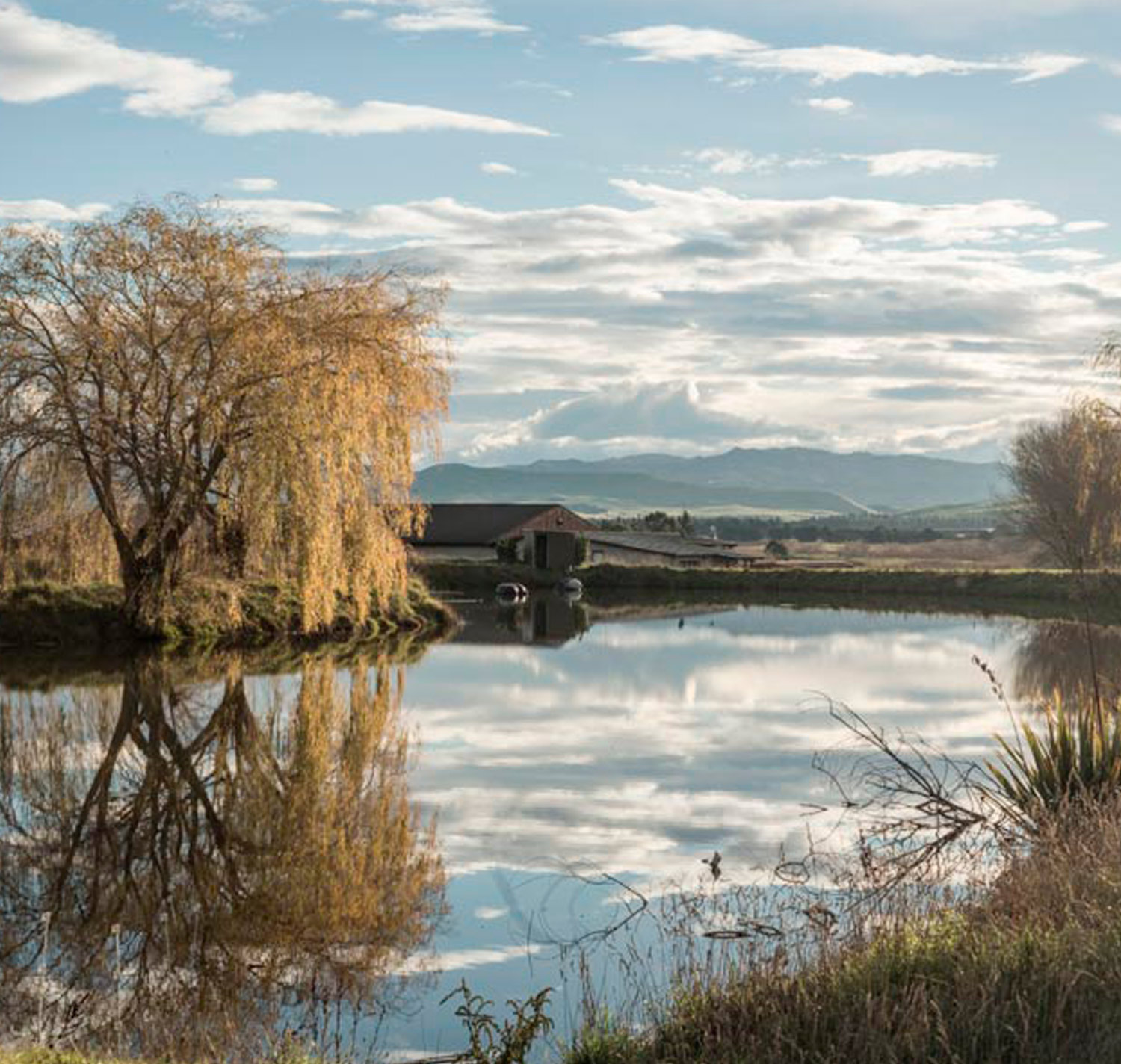 Dom started after finishing his studies at Lincoln University studying viticulture and enology. Originally he did a commerce degree, and then worked in the UK, before returning to work at Greystone as a Cellarhand. He was promoted to winemaker at both Greystone in 2008. Muddy Water was purchased in 2010 by the Thomas family “When we bought Muddy Water it had just been fully certified for organic viticulture,” Dom explains. “I thought its wines were earthier and more interesting under organics. A major motivation has been our desire to keep the land healthy – to increase its health. Organic viticulture and winemaking just seems right.”

Maxwell’s winemaking philosophy has changed during his 11 vintages with these two estate produced wineries. “I started with the romantic belief that the perfect wine existed, and it was my job to find the formula for producing it,” he explains. “I guess most new winemakers think like that. I have an exceptional vineyard site, which allows our vitulturist, Nick Gill, and me to style what the season gives us. It might be different if I was working with a lesser site, but I’ve shifted the focus from trying to make the perfect wine to trying to best express site and season.” In recent years Dom has begun to experiment with “orange” wine, fermentation in amphorae and the elimination of preservatives. “I’ve learned not to make things too complicated, to be in tune with the vineyard and to be patient.”